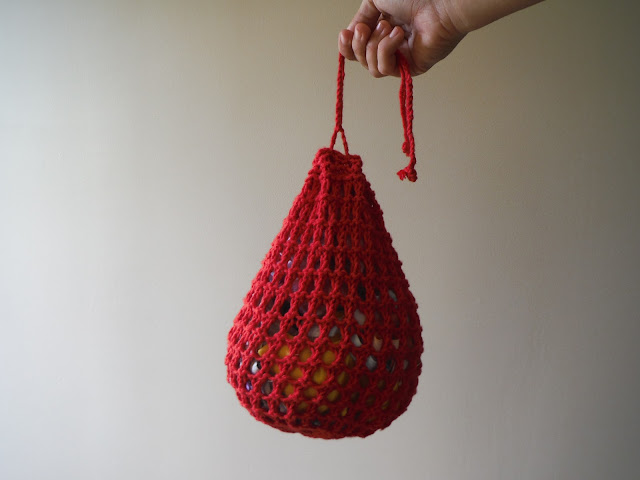 Here's a pattern for a quick and easy drawstring bag to hold those little things. It's worked from the top down in a very easy-to-pick-up lace pattern; and most of it's on some pretty big needles, so you'll just fly through it, trust me. I use my bag as a fabric scrap bag! 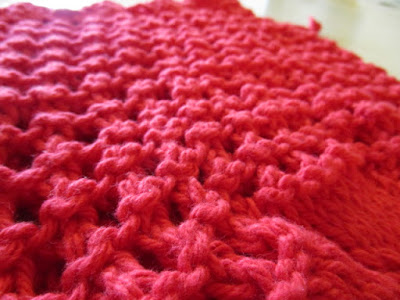 Gauge
Gauge is not critical for this pattern.

Directions:
Bag is worked from top down.
Top of Bag/Drawstring Eyelets
CO 76 sts, and join for knitting in the round.

Bag Base
Change back to size 7 needle. Knit 1 rnd.

Break yarn and thread through remaining stitches. Weave in ends.
Drawstring
Make an approx. 30" single crochet chain. Weave through eyelets at top of bag, and double-knot at each end, cutting off tails.

Mary Schaefbauer
Hello! I'm Mary, a 15-year-old business owner and co-manager of our family farm, which is devoted to St. Isidore. I'm the oldest of four farm children (hence the co-managerial role) and I'm an advocate for sustainable, ethical, and moral farming practices. I enjoy partaking in all kinds of art, especially knitting, and am an avid gardener. Our farm is going to be growing a lot this year, and I want to document everything and share it with you! God bless my beautiful mess.

Be sure to check out my Etsy shop!